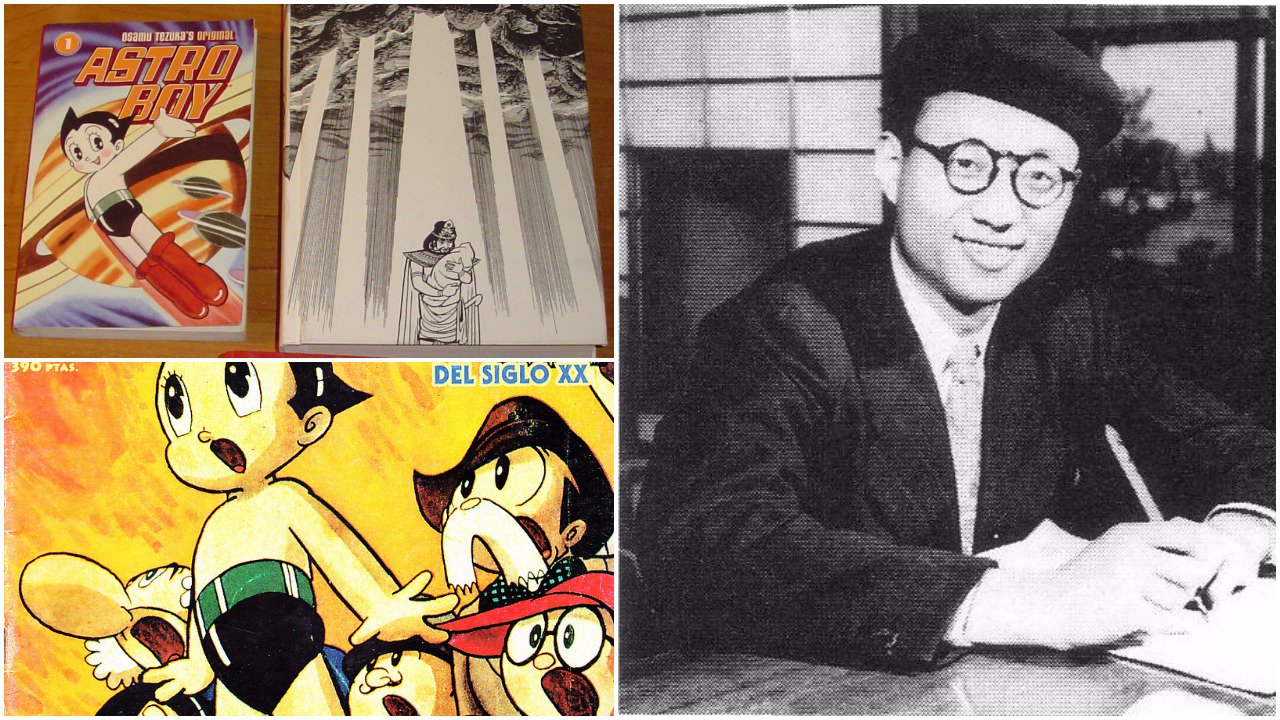 In recent decades, manga comics have gained worldwide popularity and acquired a devoted and ever-expanding fan base. In fact, many Western comics utilize elements of manga style, and many contemporary cartoonists and animators siphon inspiration from the vibrant and dynamic style of the Japanese anime cartoons.

Its roots are centuries old. Although modern manga comics gained popularity in Japan in the mid-1950s, the rules for the creation of manga comics were established in the late 19th century. The word manga has been associated with comics in Japan since the early 18th century, and the stylistic elements used by manga artists have been present in Japanese art since the 12th century.

The modern style of manga comics was developed and popularized by Osamu Tezuka, who is nowadays known as the “Father of Manga” and the “God of Manga.” Tezuka was born in 1928 and started drawing comics in elementary school.

In his early childhood, his father introduced him to Disney comics and cartoons and Tezuka developed an obsession with Disney. He would watch Disney cartoons several times in a row in a single day: he enjoyed the stories, but he also studied the way the characters were drawn and animated. His favorite Disney cartoon was Bambi, which was released in summer 1942. Tezuka reportedly watched it over 80 times in that same year.

The obsession with Disney had an incredibly positive effect on Tezuka’s imagination and his style of drawing. He completed his education and became a medical doctor but continued to refine his style and pursue his passion for comics. He fused elements of traditional Japanese art with the distinct style of Disney cartoons and created his own personalized blend of manga comics. His first works were published in the late 1940s and immediately gained a cult following.

These works were named Jungle Emperor Leo and Ambassador Atom. The inspiration for these works came from Tezuka’s rather noble cause. He was deeply saddened by the mass depression in Japan after the end of World War II. Numerous young people lost hope in the future and some committed suicide. Tezuka decided to create a series of manga comics that would not only entertain people but also inspire them to seek happiness and tranquility in the people and things they love.

Disney cartoons were a huge inspiration for Tezuka’s initial projects, but in the late 1950s and early 1960s he started criticizing them for being overly unrealistic. In particular, he was greatly disappointed by the fact that all of the Disney cartoons of the time ended with a happy ending.

He thought that the idyllic setting of Disney cartoons could harm viewers by presenting stories that always end well for the protagonists and argued that cartoons and comics should also show the darker side of life since nobody’s life is as carefree as the lives of Disney characters. In fact, he believed that a tragic component has to be present in all comics and cartoons in order for them to have a long-lasting effect on the viewers.

Tezuka’s works soon became so popular that he could easily break away from the conventions dictated by the mainstream cartoon and comic industry. He was the mastermind behind many hugely influential manga comics and anime cartoons which achieved international popularity and inspired new generations of manga artists. Also, his background in medicine helped him produce medically-themed mangas with accurate depictions of human anatomy.