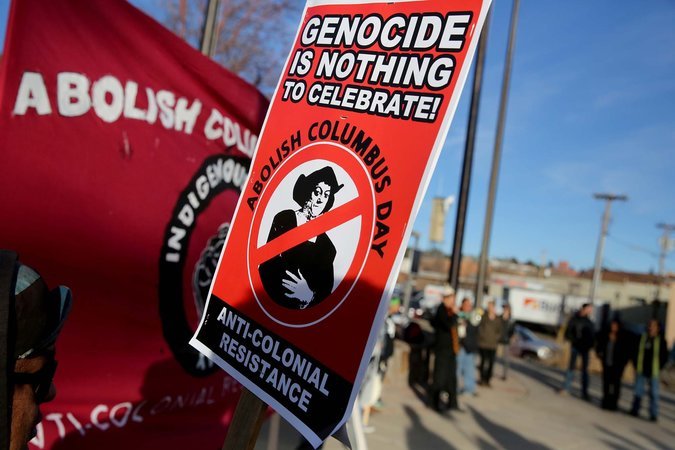 Columbus Day, the second Monday in October, is a nationally recognized holiday.

But it’s not recognized in Los Angeles, where I live. The City Council recently voted to get rid of Columbus Day and replace it with Indigenous Peoples’ Day, commemorating “indigenous, aboriginal and native people.”

This movement sees Columbus as a symbol of destruction, and thus not to be celebrated.

This new day was first adopted in Berkeley, California in 1992. Since then, it’s spread across the nation with increasing speed, as more than 60 cities from Maine to Washington have supported the idea.

While there is plenty to criticize about Columbus, and what followed his arrival, I think this movement is missing the point.

History, in fact, is the story of conquest. We may not like it, but it’s our shared heritage. Not just Europeans, but everyone. The point is not to excuse the worst that happened, but to understand it.

It is true that the conquest of the Americas by Europeans, which starts with Columbus, was very ugly, and involved a lot of violence. But that, for better or worse, is how history worked pretty much everywhere for thousands of years. (Though it should be noted a large portion of the deaths of Native Americans was due to disease, not violence–an inevitable consequence of Old World illness in New World soil. Europe, Asia and Africa, of course, suffered through numerous plagues of their own.). History, in fact, is the story of conquest. We may not like it, but it’s our shared heritage. Not just Europeans, but everyone. While there is only limited knowledge of what pre-Columbus America was like, it did feature war, slavery, torture and plenty of brutality.

The point is not to excuse the worst that happened, but to understand it. And to see that it is not the essence of Columbus, but rather part of the times. With all that, there are reasons to celebrate Columbus Day.

— Celebrate Italians (though there is some question as to whether Columbus would have considered himself an Italian — he was long thought to have been born in Genoa, then an independent city-state in what is now Italy, though everyone from Greece to Portugal to Poland have claimed him as their own). Nevertheless, Italians claim him today and Columbus Day is a good chance to recognize what Italians have contributed to America, and the world.

— Celebrate the spirit of exploration. It took tremendous bravery to sail off into the unknown. One of the best parts of our humanity is that sense of discovery. The West has its good and bad points, but its best ideas—equal rights, freedom of religion, free speech, due process, open scientific inquiry, property rights and so on—have helped all people who adopt them. (Not that the West solely had these ideas, but it put them in a package that wasn’t generally available elsewhere.)

Indeed, the promise of the West has delivered freedom and bounty such as humanity has never known.

And, while we celebrate Columbus Day, we can learn from history and also take time to honor Native Americans. They were the original immigrants to the New World, and deserve their remembrance.

Once we do this, Columbus Day can be a truly inclusive holiday. It needn’t be a battleground, but a chance to celebrate the best within us.